Losing teeth or being generally toothless is rarely a desirable state of affairs, whether it be due to an accident or disease, it is an unfortunate fact of dentistry that we see no shortage of patients suffering from missing teeth. It is our primary goal to ensure tooth loss doesn’t happen and in some cases to perform restorative treatment that reverses the damage and minimises the chances of losing a tooth. But, there are times where tooth extraction is simply unavoidable.

Once it has occurred, the remaining treatment options revolve around prosthetics and how to fix them in place. Partial dentures and bridges are the most common solution and are considered the standard treatment option in NHS dentistry.

More comprehensive treatment is available in the form of dental implants Hertfordshire. This allows a prosthetic tooth or a set of dentures to be permanently anchored into the jawbone, fixing them in place and allowing them to feel far more natural and part of you than any removable prosthetic could.

The increased treatment options provided via dental implantation are mainly due to the level of control that the dentist has in placing the implant. As a fully artificial alternative to a root, this means that no aspect of the original tooth needs to be preserved and the tooth that is being replaced may have been lost many years ago, widening the treatment window for older patients.

It is also a viable alternative to replacing teeth where the root has become irreversibly damaged, perhaps by a persistent dental abscess where traditional crowning would be ineffective.

Dental implants Hertfordshire take place in two sessions. During the first one, the implant is placed into the jawbone after the gum has been opened; if a socket is available, the implant will be placed into the vacant socket, otherwise a new aperture may need to be drilled into the jawbone. Once the titanium implant is in place, it will be closed over and stitched, protecting the implant from being disturbed as new bone grows around it and fixes it in place. Once it is fully fixed in place (which may take 4 or more months depending on your rate of bone growth), the prosthetic tooth can be mounted onto the implant. This is done using a temporary locking connector that will hold the prosthetic tooth in place. But in the event that the prosthetic becomes damaged in the future, it allows our dentist to remove the prosthetic without having to extract the implant from the jawbone, making any future dental procedures far simpler and cheaper.

A single implant is used to affix a single prosthetic tooth in its place making it the most common form of dental implants Hertfordshire, but it is not the only one available. Implants can be used to affix a bridge into the mouth, supporting up to 4 teeth. An evenly spaced set of 5 implants can be used to anchor an entire denture. These options are considered superior to the current techniques, as they do not require natural teeth to be placed under stress and have a much longer average lifespan. 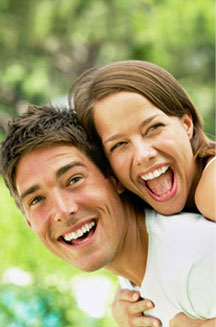