All our dentists adhere to the rules governing the profession under strict guidance from the General Dental Council (GDC) "Standards for Dental Professionals".

Gordon sat and passed the exams to become a member of the faculty of dental practitioners MFGDP(UK) in 2004. After this, Gordon became interested in more advanced aesthetic dentistry and attended the Larry Rosenthal aesthetic advantage continuum followed by the three levels run by The California Centre for Advanced Dental Studies.

In 2008 and 2009 Gordon also attended a two year dental implants course at The Royal College of Surgeons and has been awarded the Faculty of General Dental Practitioners Diploma in Implant Dentistry.

Having worked in General dental practice for 8 years, Gordon enjoys all the different aspects of dentistry but is particularly interested in more advanced aesthetic dentistry to change people's smiles. Using techniques ranging from invisible orthodontics and tooth whitening to porcelain veneers, Gordon can dramatically improve the smiles of his patients.

With the increasing desire for long lasting fixed restorations from patients it has lead to greater demand for dental implants. Gordon enjoys being able to replace missing teeth with implants to improve the function and aesthetics for his patients.

Away from dentistry, Gordon loves sport. He has always been a keen rugby player and golfer and tries to keep fit with circuit training, running and 5-a-side football.

Besides sports, Gordon loves spending as much time as he can with his three sons Rowan, Aran and Noah along with his wife Ishita.

In 2008, Gordon was one of 7 finalists at the National Smile awards for the smile makeover category using porcelain veneers for one of his patients. 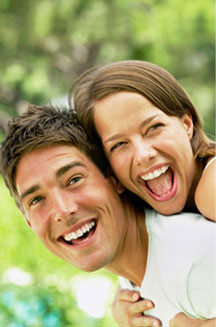 I would like to share my experience with you at Hertford Dental Care, they explain everything very clearly, make you feel at ease, and give the best possible dental care, I'm really happy I found them online when I first moved to Hertford.

I have been attending Hertford Dental care since Dr Black and her husband took over. I can highly recommend this practice for its professional yet friendly approach and attitude, they have always given me good honest advice and service. I have no hesitation scoring this practice 5 out of 5.

Over the past two years I've had a consistently high level of dental care at Hertford Dental Care. I'm particularly impressed with the time taken to explain the options available in a professional but personable manner. Dr Black has always given me clear advice and performed the fortunately minor dental work I've needed to a high standard.

I am absolutely, positively thrilled. The fact that I was done in less than a year with no inconveniences whatsoever made we question why I did not start sooner.

Among dentists in Hertfordshire, Hertford - Gordon Black is working as a Principal Dentist and he is interested in advanced aesthetic dentistry.